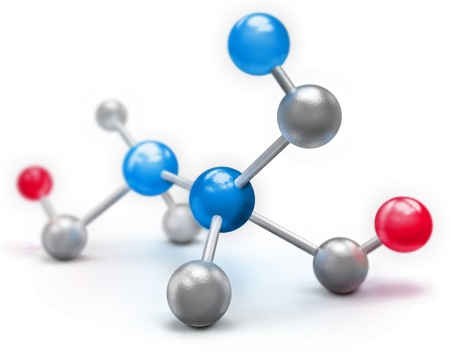 Coating systems traditionally used in the protective coatings industry rely almost entirely on organic resin systems. By exploring inorganic silicon-based chemistry, a siloxane epoxy hybrid polymer has been developed that combines the properties of organic and inorganic compounds in a new class of resins for protective coatings.
Silicon is the premier building block of inorganic materials. On earth, it makes up more than 25% of the planet’s crust and is the second most common element after oxygen. The strong chemical affinity between silicon and oxygen means that they only occur naturally in the particularly stable form of Si-O-compounds as well as SiO2 as sand and quartz, because silicon forms very stable single bonds with oxygen, which is electronegative.

Silicones are able to form a rigid three-dimensional SiO2 structure. Silicones, in chemical terms “polyorganosilioxanes,” are polymeric compounds in which silicon atoms bond with oxygen as chains or networks. The remaining valences of silicon link with organic groups; the structure is similar to organically modified quartz. The organic groups open up this rigid quartz framework to a three-dimensional organic silicone linear structure as in polydimethylsiloxane chains (-[O-Si(Me)2]n – O-Si(Me)2 -). The approach of adding silicone-organic carbon-containing groups combines the durability of quartz with the many qualities of modern plastics.
Analogous to silicone fluid, three-dimensional, brittle silicone resins are created by the polycondensation of trifunctional methyltrichlorsilane [Si(Cl)Me3]. Co-hydrolysis with dimethyldichlorsilane [Si(Cl2)Me2] and tetrachlorosilane [Si(Cl2)], respectively, produces softer or harder resin grades. Polysiloxane resins are formed through hydrolysis, co-condensation and polymerization reactions.
Siloxanes with a higher dimensional structure are typically produced by hydrolytic condensation reaction by being crosslinked with organochlorosilanes (Figure 1: type Q, D, T and M). Not only the number, but also the nature of the reactive and unreactive constituents in the monomers can vary, which gives the resins their special properties.
They can withstand continuous temperatures of 200 – 250 °C, and for short periods, up to 600 °C. In addition, they have ideal dielectric properties and very good mechanical qualities. The chemical nature of the (Si-O) units makes them extremely resistant to atmospheric or chemical breakdown and they are not affected by sunlight and ultraviolet attack.
The behavior of a mono- (M), di- (D), tri- (T) or tetra- (Q) functional building block in the synthesis of siloxane resins is described as follows. The mono-functional silanes are used as chain stoppers, the di-functional units (D) are used to build linear chains, and introducing tri- or tetra-functional units into the chain enables crosslinked structures.

The Value of Siloxane-Epoxy Hybrids to the Formulator

The versatility of siloxane chemistry has resulted in the formulation of an organic-inorganic siloxane hybrid binder with the siloxane as the matrix and epoxy and alkoxy functionality in the side chains. The novel chemistry of siloxane hybrids achieved by the chemical reaction of an aliphatic epoxy with a polysiloxane results in a combination product whose unique chemical and physical characteristics allow its use as a durable resin for the protective coatings industry.
A siloxane-epoxy hybrid resin combines the advantages of epoxy resin with the strength of the polysiloxane. This produces a two-component ambient curing thermoset system. The low-viscosity siloxane polymer in this resin can be formulated with low VOC and very high solids.

Because a major focus of the coatings industry is to reduce material and labor costs while obtaining improved corrosion protection, we tested a two-coat system consisting of of a zinc-epoxy primer that was top coated with a siloxane-epoxy hybrid coating . This formulation was compared with a three-coat zinc-epoxy primer that consisted a zinc-epoxy primer top coated an epoxy, and polyurethane.
Both formulations were evaluated to determine resistance to specific chemicals, and in accelerated corrosion testing such as salt spray and in a humidity chamber .
In addition to the comparative tests performed to determine resistance to corrosion, salt spray and humidity, further tests were conducted to determine the performance of the epoxy hybrid for adhesion, hardness, affect on gloss and the change in color shade . QUV accelerated weathering tests were conducted on this coating formulation to determine gloss and color retention. These tests , in combination with the specified acceptance criteria, are currently considered as severe performance test requirements for protective coating systems in the coatings industry.

Combating corrosion can be an expensive and daunting challenge. High-solids siloxane-epoxy resin coating systems can be used in various applications including structural steel, storage tank exteriors, offshore platforms, marine structures, bridges, industrial plants, concrete walls and floors and the exteriors of railroad cars.
This new epoxy siloxane coating system enables the zinc primer to be protected by a single topcoat based on the innovative siloxane-epoxy hybrid resin that combines the advantages of organic polymers and silicones in a single polymer.
This results in reduced application time, less overspray and less complex maintenance for corrosion protection. Furthermore, the reduced number of coats and overspray results in about 70% less solvent emission into the atmosphere.
In addition, the siloxane-epoxy coating provides excellent dirt-repellent and anti-graffiti properties. After the removal of the graffiti, there was no observable change in the gloss. For marine applications, like boat tops and underwater construction, we observed easy removal of fouling layers on the treated surfaces.